, /PRNewswire/ --  (NYSE: SSTK), a leading global technology company offering a creative platform for high-quality content, tools and services, today launched its eighth annual ! poster series to celebrate the best picture nominees in the 92nd Academy Awards. Each of the posters features photos, vectors, textures and illustrations from diverse collection of over 300 million images while drawing inspiration from world-famous pop artists. 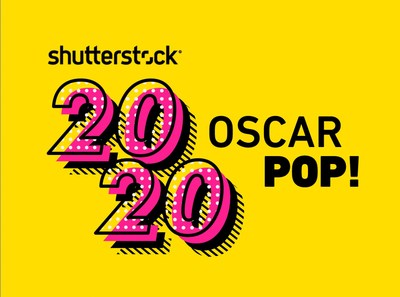 The renowned artists selected to serve as an influence for the designs range from contemporary to classic, and chaotic to minimalist. With distinctive elements such as the oversaturated colors of Japanese contemporary artist, , and iconic imagery like the unmistakable swimming pool from influential British artist, , each design is a unique retelling of a best picture nominee. The vibrant and sometimes playful colors, styles and techniques of pop artists offer fresh and unexpected perspectives on this year's top films, which tell a variety of powerful and captivating stories. The hundreds of millions of high-quality images provided by over 1 million talented contributors around the world serve as the foundation for each of the creative works, demonstrating the sheer volume and relevancy of content available in collection.

This year's list of nominated films and artists that inspired the designers include:

"From depressed divorcées and supportive sisters to action heroes and comic book villains, this year's nominated films provide a surplus of inspiration for our designers to create this unique poster series," said , VP, Creative at . "Not only does this tradition serve as a fun exercise for our creative team to explore the depth of the collection as a customer, but it also demonstrates the unique ways in which the incredible artwork of our contributor community can be recombined to create something new."

In addition to the celebratory Oscars Pop! poster series, will be in prime positions at the 92nd Academy Awards ceremony on , covering celebrity arrivals on the red carpet, as well as the press room and a number of after-parties. Watch as the photos come in live here.

About
(NYSE: SSTK), directly and through its group subsidiaries, is a leading global provider of high-quality licensed photographs, vectors, illustrations, videos and music to businesses, marketing agencies and media organizations around the world. Working with its growing community of over 1 million contributors, adds hundreds of thousands of images each week, and currently has more than 300 million images and more than 17 million video clips available.

Headquartered in , has offices around the world and customers in more than 150 countries. The company's brands also include Bigstock, a value-oriented stock media offering; Shutterstock Custom, a custom content creation platform; Offset, a high-end image collection; PremiumBeat, a curated royalty-free music library; and Shutterstock Editorial, a premier source of editorial images for the world's media.